we want ur face to meet our face on the facebook...click on the picture and see us!
join the queenie v movement on facebook
u know everyone loves facebook!
we have a group too: http://www.facebook.com/pages/Queenie-Valentine/20378143189#/group.php?gid=2449815675 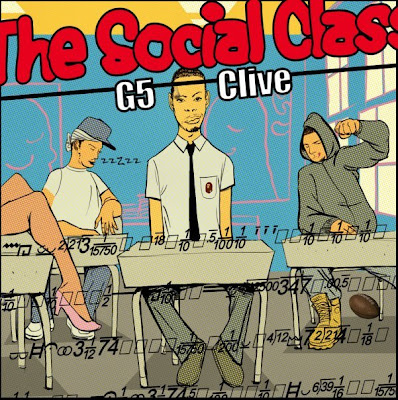 if i could bitch slap the sh*t out my computer i wud do that sh*t
straight up...no bullish right?
but ive come to u for a purpose...just cuz i fucks wit yal ima put u on to some good good
how about The Social Class?
yes the social class 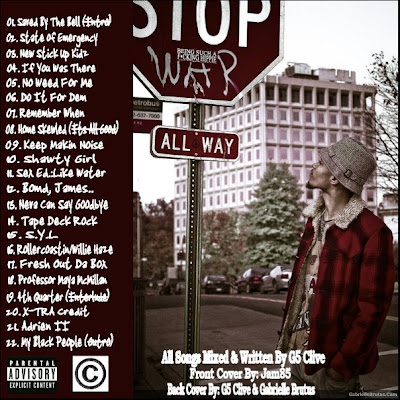 u kno G5 Clive...(the one who used to write for us, but stopped due to his own selfish reasons jk jk)

well this is his mixtape.

3rd one and counting....and i think im dubbing it a QUEENIE CLASSIC!
and i can do that cuz i run this lol
my favorite song gotta be sex ed...it rocks sex to another level
"like water"...classic, def
then i gotta say x-tra credit also rocks my socks
hmmmmm, neva can say goodbye has a good mj sample from his younger days
home skewled
tape deck rock
new stick up kidz
s.y.l (yea i see u wit that gogo clive)
rollercoastin (yea i see u wit that BMORE club clive)
yea...EVERYTHING forreal
check this shit out tho, it def rocks
and the track MY BLACK PEOPLE...dope
getting on my "journalism shit". the mixtape has a great flow, emerging with an immediate party rocking energy, but later mixes it up with slower meaningful songs, but not toooo serious, dig? I personally believe through deep analysis(lol) that the album is meant to speak to the young people (80s babies). G5 wants us to go back to high school in this album, filling it with lyrics about what you used to do with your friends, what girls you could have fucked, what weed you smoked, you know what im sayin? you do. It builds the bridge from teenager to adulthood, displaying some of the things you left behind and some of the things you keep with you. dig? The flows from G5 and the other featured artists are RIDICULOUS..trust me! We got TeeThree on Neva Can SAy Goodbye with a humourous Andre3000 type dead poets flow, then of course we have legendary Arafat Yates and everyone else from M1 (all dope), Akzionz (whom i dig) he just has one of them voices, and G5 also gives us a nice taste of some songbirds, E.P (mah nigga) and Carlitta Durand (a soulstar). G5 takes in a variety of different hip hop elements on this record. Taking obvious influence from DC gogo and Baltimore club (we right down the street lol), as well as the southern way of creating catchy chorus' (u kno what i mean). Of course he keeps the DC swag as a dominant, but in this mixtape you can clearly see the influences, but its a nice blend though. I can only say it in one way (no i could probably say it in 50 ways), G5 is that good good, the flair he adds is silly but serious, chill but captivating, a head banger but meaningful. It's like listening to Nas in 2008 with actual "good" beats..the whole package man. love.
download it by clicking on anything that says: the social class OR whatever the fuck else i hyperlinked OR
link here: http://www.zshare.net/download/52480493be423326/

I Know Its Been Awhile

Hello! I know its been awhile...ok a long ass time but I have been through so much in the last 4 months. Hit by a drunk driver, school, men lol, and some more shit. Plus my computer was broke so I really couldn't do much for Queenie and I'm glad my right hand woman was here to continue our legacy of running this shit lol. Luv ya Kim! But I'm back now and got alot to say about everything......o yea and I got my pc fixed. I will always love Queenie, she is like my child and I have been a neglectful mother.