OK OK OK...people people people!! Our favorite store has been subject to (whispered) "infringement". Which basically means they rip off designers, steal their designs, and copy them in a "different" sort of way in order to make a profit. Shame on you Urban! Shame! Our first instance comes from my ever favorite t-shirt designer Johnny Cupcakes. Now Johnny is famous for taking well known logos and design and throwing cupcakes on them, pure difference, this is called "inspiration". Well when Johnny was starting out he gave some sam

ple shirts to Urban so they could see if they wanted to carry them, once he d

ecided he did not want to do business, Urban kept the shirts and then made them into their own, changing nothing but the color! ( above right johnny cupcakes, above left urban outfitters brand urban renewal) Strike two was when Urban knocked off T-shirt maker Crown Farmers shirt "take pills and chill" t-shirt. When the shirt was carried in the chain store, consumers boycotted the shirt saying it advertised drug use. So urban immediately took it off the market and replaced it with a chopped and screwed version...literally. Strike Three is when Urban jacked off high fashion label Lanvin's pearl necklaces. The necklaces by Lanvin, designed with pearls and overcast with black tulle, while Urban's is overcast with black lace...go figure...is ANYTHING sacred??? Damn 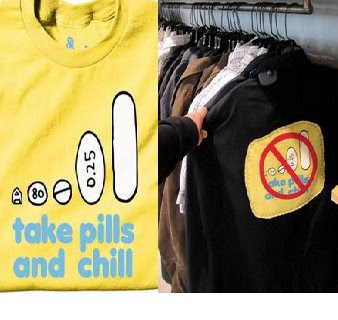 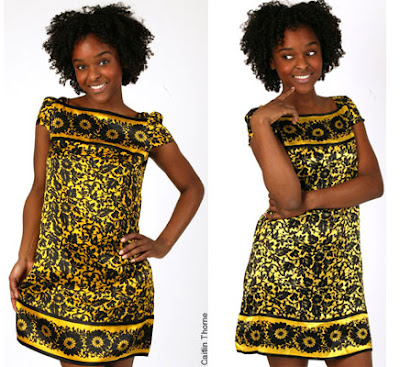 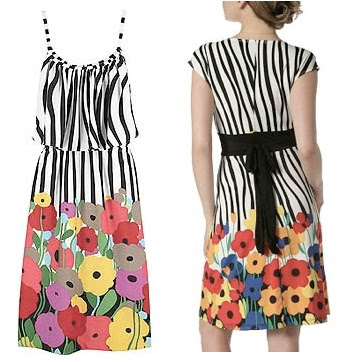 Spotlight On: Kimora Life In The Fab Lane 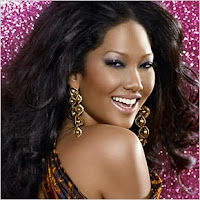 Miss Kimora Lee Simmons is the true definition of faboulousity with a fashion empire, a booming fragrance and jewelry line, and two darling little girls. So why not add reality TV star to her long list of achievements. Kimora Life In The Fab Lane will show you the hectic life of this diva. From being on a diet to running her fashion empire, all while managing to of the cutest little divas I have ever seen, Kimora sure knows how to multi-task! hehe Love her or hate her, you know you will be tuning in for the premiere episode on August 5 at 8 on the Style Network. I know I will.