Islamic tensions are steadily growing in the US. The prime example being the protest of a Mosque across from the remains of the World Trade Centers. Im not going to woo you with facts and my stance on the Islamic faith blah blah blah, I just want to conjure you to think for yourself by gracing you with a few thoughts I've had on my own. I can admit that when the events first happened back in 2001, I was very weary of those who looked like terrorists (quote unquote), a very racist thought, but a very real thought, a very American thought. Our country in its roots expresses values of freedom and equality, a nation under God (unspecified God I might add), a land of opportunity, self expression;  in its roots, America serves as an "Everyman's" Utopia, a natural paradise. But who is this everyman and who does he represent? Everyman may as well be called "white man" (lets keep it real), but throughout the years minorities have swindled their way into the Everyman mentality. Seeing themselves as better than, or elite to others that are not as "American" as they are.  As slavery, civil rights, and suffrage become a distant memory we forget the journey and suck hard on the teet of JADED equality. We have put on the mask of the everyman and forgotten what it was like and still is like to fight for Earthly rights. We forgot what it was to feel less than American. We forgot what it was to be treated as a subhuman. WE forgot what lies beneath our mask.

I write honestly and organically, through all of my personal prejudices both past and present, and I urge you to stand for what is right. I have often asked myself the question, why there? why that spot of all spots? is there not any OTHER property in Manhattan? However, as a black woman and an American citizen, I have got to ask myself what if it was my mosque? What if it was my faith? What if my right to build and to worship were being threatened? It is time for us to mentally mature, to acknowledge prejudice within ourselves and in our communities, stare it in the eye and declare war on THAT!  Prejudice is the real terrorist.
No "them", no "you", just "us". Create community. Fight the Everyman. 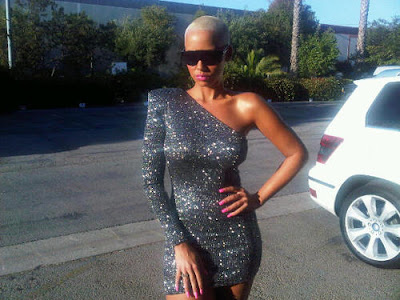 Twit pic of Amber Rose...
Yea she might not be with Mr. West anymore, but she still got it.... 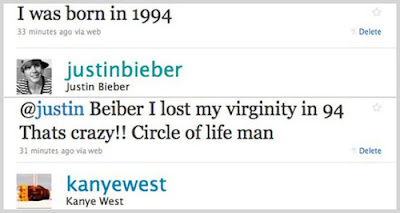