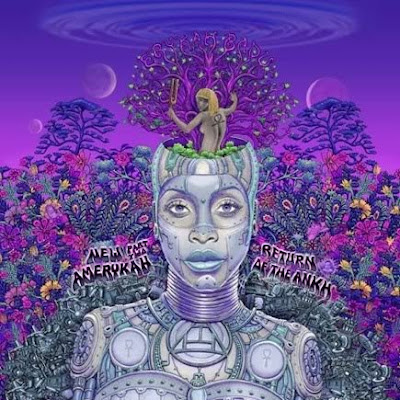 Cover art for EB's new album "New Amerykah Part 2"
Here is a statement via her press release:
The cover art for NEW AMERYKAH PART TWO is a collaboration between ERYKAH BADU and famed artist and poster designer EMEK, who also designed the inspired packaging for 2008’s New Amerykah Part One: 4th World War. The new album cover depicts an underwater image of BADU wearing a suit of armor that symbolizes the tough exterior she developed to protect herself from the harsh realities of life. The armor is her old shell and now she’s liberating herself from it by climbing out of her own head so that she can be reborn. Her tuning fork is summoning the vibrations of the universe and the purple-colored tree of life and purple sky represent the 7th Chakra—the Crown Chakra right above her third eye shield, which represents peace, wisdom, and spirituality. The numerical theme of three is symbolized by three moons, three hidden babies, three trees, and three ankhs. Closer inspection reveals that BADU’s shoulders are surrounded by many of the same objects that filled her abstract afro on the cover of New Amerykah Part One, including handcuffs, a foreclosed home, fast food, cigarettes, broken chains, and a military tank. Here, those items represent refuse and rubble from which new life grows into a vibrant garden of colorful flowers blossoming all around her.
Looking forward to the new album!

Spring Summer Must Have: Romper 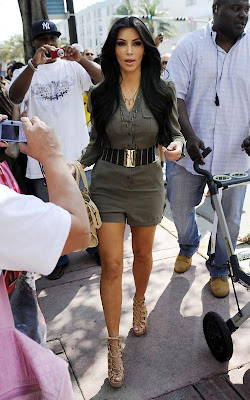 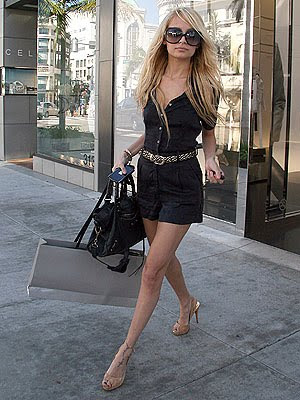 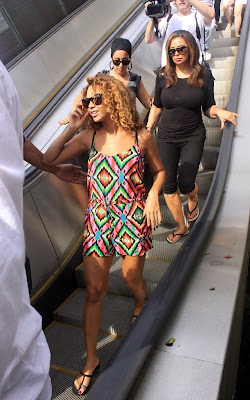 Rompers are a must this spring and summer.
I mean come on...if you are a lazy dresser you can throw this one piece on wit a cute sandal and keep it moving...no excuse not to be cute this season....