I'm being quite the Young Democrat today aren't I? I research the hell out of my candidates....I found this promising almost unbelievable Education "policy" or idea from Obama's website. I am a supporter of course, but some of his ideas such as getting the soldiers out of Iraq by 2010, reducing America's impact on global warming, and reducing energy and fuel costs by using a more expensive alternate fuel, are a little "far-fetched" or maybe it's because I have no more faith in this country.The education promise is stated below...if it happens I'm totally down, but I have a feeling that none of these efforts will apply to my demographic, the black middle class. One more thing--"most Americans", what does that entail? Poor people, white people...who is "most" and do I fall within that number? Only time will tell.

Create the American Opportunity Tax Credit: Obama will make college affordable for all Americans by creating a new American Opportunity Tax Credit. This universal and fully refundable credit will ensure that the first $4,000 of a college education is completely free for most Americans, and will cover two-thirds the cost of tuition at the average public college or university and make community college tuition completely free for most students. Obama will also ensure that the tax credit is available to families at the time of enrollment by using prior year's tax data to deliver the credit when tuition is due.

Both Ways Barack? Fact or Fiction...

My roomate, Jourdan put me onto this Obama commercial, which we all thought was a joke initially. But it came on REAL tv, like ABC not like fake tv like MTV and Lifetime lol. It's basically calling Senator Obama a man who has two stances at the exact same time for multiple issues...I suggest you investigate! 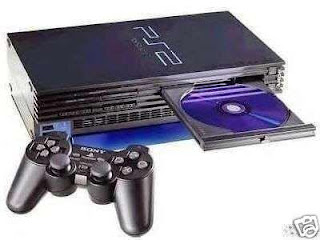 This morning I came across this article on yahoo.com about how Playstation was inciting a national African war? Yea, so my natural reaction was wtf? Apparently if you own a Sony Playstation 2, you may have unknowingly funded a "brutal conflict in the Republic of the Congo". The Sony Playstation includes a very rare, very desirable metal only found on the African contienent (like everything else we need to survive) called "coltan"

"At the center of the conflict is the unrefined metallic ore, coltan. After processing, coltan turns into a powder called tantalum, which is used extensively in a wealth of western electronic devices including cell phones, computers and, of course, game consoles.

Allegedly, the demand for coltan prompted Rwandan military groups and western mining companies to plunder hundreds of millions of dollars worth of the rare metal, often by forcing prisoners-of-war and even children to work in the country's coltan mines. 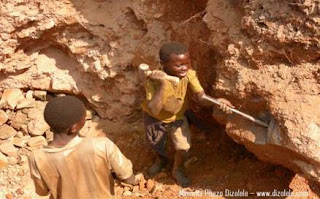 "Kids in Congo were being sent down mines to die so that kids in Europe and America could kill imaginary aliens in their living rooms," said Ex-British Parliament Member Oona King."

Ain't that some shit? Just when you think you're not doing anything to fuel the evil fire, you find
out that your big ass PS2 is fueling an entire illegal movement in Africa! Now Sony has said that with the release of the PS3 and the smaller version of the PS2 they have stopped using coltan and are now using a variety of precious metals...only thing is the damage has already been done...to read the full article click HERE