10 Reasons Why You Should Consider Relocating to the UK

1. WAH Magazine- http://www.wah-magazine.com/ Wah is like the mommy mag to MISSBEHAVE, cept Euro style. Embraces hip hop culture, nails, colored pants, and doorknocker earings, plus takes time to devote space for the year 1993, who knew Europe could be extra sweet

2. Topshop- I've had an ongoing obsession with topshop ever since my freshman year in high school, where TEENvogue listed them in one of their photoshoots. When I hit the website, http://www.topshop.com/, I was in absolute awe. Now they even have a line with THE KATE MOSS!! (i think i just shit my pants...jk)

4. Not Bad 4 a Girl (NBFG)- Clothing line, kind of like the UK equivelent of Married to The Mob, http://www.notbadforagirl.com/, enough said

5. Regina Spector- You know, i dig this Euro Chick, she plays the piano and her voice is different than all the others. Her music makes you think. Served best heated under a fireplace with a warm cup of cocoa and some paint to splatter on your boyfriend before he breaks your hea-ar-ar-ar-ar-ar-artttttttt!!!!

6. Euros- I love love love EUROS! I mean you can buy all the cool UK stuff, and their currency just seems so much more prettier than those green and cream ugly dead presidents that represent us. Plus everything seems cheaper, since their currency is worth more, i am SO down. Oh yeah its like 10 European Nations that use them, kinda creepy- in a "Hitler -take-over-the-world-way", but cool and convienient

7. Vacationing in the SOF (south of france)- who needs the Hamptons when you have the South of France? I don't...Actually they have their very own New York, It's called Paris...duhhhhh

8. Killer Accent- Allo' mah nayme is Kimbaly...ah 'ave a nice 'arse (or is arse scotland or sumthing)...anyway, accents are mad sexy, and id rather sound like a englishman than T.I. or Jay Z...

10. Big Ben- is it REALLY a clock? or is ben the english term for johnson....lmao hehe

p.s. if u do go there still go to the dentist every 6 months

IHMDJ (i hate my day job) 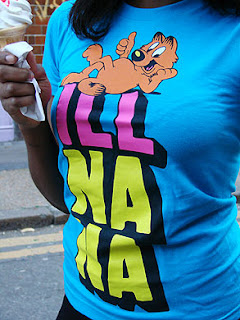 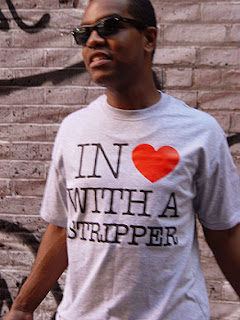 Sooo im a little bit confused about what "heading" i should put this under...but i chose "crack fiend" because this shit is like crack, got me scratching and shit lmao/jk (no offense to the crack fiends of the world.....) WELL I discovered this site called http://www.ihmdj.com/ and i so totally fell in love with it. They have a blog, a mixtape section, and CLOTHES!!!! Boys and Girls..This is sooo my new guilty pleasure. The shirts are clever screen 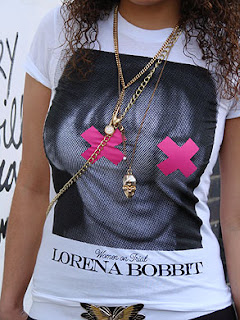 tees that don't scream, "I got this from Hot Topic!" or "on sale at forever 21". They are affordable and hot. So check these people out, their phillosophy is basically as simple as their name, "they hate or have hated their day job." holla 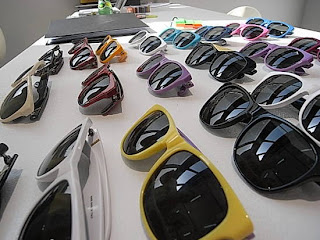 er since i got contacts I've developed a soft spot for sunglasses. Actually I got contacts just so I could wear them--but dont tell my mom that lol--ANYWHO. I love them, retro inspired, modern, futuristic, vintage, everything that protects my eyes from the sun. Recently while skimming through a Eurpoean mag, i came across Super Sunglasses, a brand made by Daniel and Simon Beckerman and fashion photographer Sean Micheal Beolchini. The glasses are all hand made in Italy and can be bought on several online stores. My favorites are the retro 50's yellow ones..oooooo they are so fetch (did i forget to mention we are SO making "fetch" happen lol) 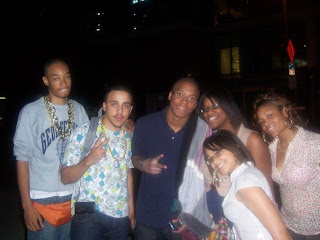 Sorry peeps...(hopefully we have some avid readers by now lol)..we've been kind of lax on our posts but its been a busy weekend and we must keep up apperances! Artscape with Lupe Fiasco and we have the pics to prove it (and not everyone in baltimore got to see this guy up close and personal hahahahahaha...lucky us :))) as luck would have it we missed the concert because parking is a bitch...but ran into the guy on the street, making our street cred go up like 50 gazillion points on the scale of street cred lmao. yeah we do it big in baltimore..young fly and flashy (u kno i like shiny shit, and apparently clive does too (the nig with the chains on)). so stay tuned for more at queenie, hopefully we can do more "big things" lol.

lupe tha jedi and my accomplices.. (see me in the fr 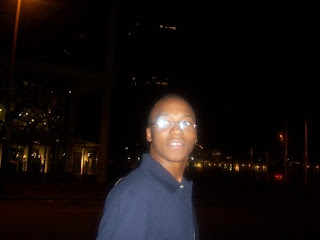