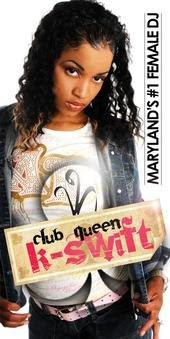 Baltimore stand up! One of the greatest figures in Baltimore Music has died. All of Baltimore is mourning the loss of the greatest female dj to hit the club seen. 92Q is only playing music today and there will be no dj's on air...this shit is that serious. Club Queen K-Swift use to rock at the Dox and Choices. I can remember every party in highschool use to rock because of her mixes. Rydah girl use to be my shit and niggas use to rock off, we still do really. I remember riding in the car in the evening and singing all the old club mix and jamming to the 8 o'clock take over. Making tapes of club mixes so we could all learn the dances or even goin to Downtown Locker room to cop one of her mixtapes. Damn I'm sad and I mite even have to go to the Dox this friday just to rep for K-swift. Club mixes ain't gona be the same, hell a party won't even be the same without her mixtapes. I just her at artscape to so that memory will forever be bittersweet. Baltimore won't let her legacy die and we gona still bump the hell out of club mixes no matter how much ya'll other cities hate it. R.I.P. THE CLUB QUEEN......Baltimore will sincerely miss you ma....
-Doe Chee$e 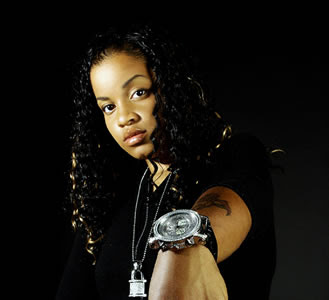 This morning, DJ K-Swift the CLUB QUEEN of Baltimore Club, died suddenly from a head injury in her home swimming pool. For those of you who don't know K-Swift is a Baltimore LEGEND and she was only 28! Her club mixes were like the baddest in the game, she came out with a new cd like every season, she was just as DOPE as they come. I feel as though I grew up on her music, those nights after school at like 6 and the club would come on at 9...even on the big fat morning show wake-up work out...this is bringing me back to those funny ass songs from the "BreakfastFlakes"...damn, she will be missed...I used to record tapes of club mix from off of the radio and her voice would ring out, "yeaa its ur gurl k-swift on the ones and tews...on 92Q(ew)"...damn...im mad sad, i send my condolences to Baltimore-the whole city was her family. Forever a Ryder Girl and all that shit...of course i provided some tracks, bump this shit...its CLASSIC BALTIMORE

on some real shit, i just may have to go home...this is history and the clubs--best believe they are gonna be poppin for the rest of the month in her honor..."ey western tech gurls..."--thas what they used to say about us at the parties lmao

Drake Brings in the NOISE 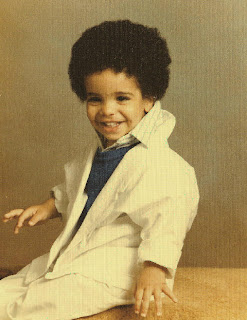 I so stole this info from aroundthewaygirls.net, HOWEVER I wanted to expand on their already perfect "put on" of Jimmy Brooks from Degrassi, AKA "Drake"-the new r&b sensation/rapper. So I did initially doubt him, but he is actually quite good. His flows are adequate, a lot better than Plies or Shawty Lo actually I think he's worthy of "good"...damn he's actually good. Voice fits well on the tracks, he has a semi-original delivery, and he even sings, uses a synthesizer, and has this song with Robin Thicke called "Teach You a Lesson". The best part about this whole thing is that he ALSO has a song with Weezy-and you know if you put him on the track you are automatically SWEET (jk). Listen to this shit..IM SO FOR SERIOUS...listen, TRUST KIMMIE E-you know i know whats hot...;p (i used his baby picture because i thought it was intriguing, and he was a really cute kid :)

o and make sure you listen to "going in for life"...o and "where to now"...both r fire, like real hip hop type shit...just trust me!!!! I'm even thinking about putting one of these on my myspace! 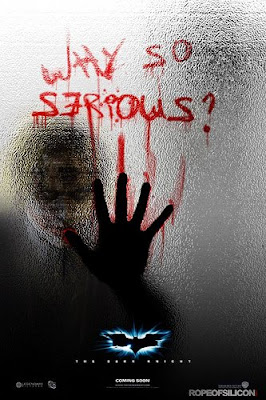 One of the best movies I have seen in a long, long time. Full of action, drama, sick humor, and more action, the Dark Knight does not disappoint.The Dark Knight differs from other Batman movies by using deeper dialogue and by making the characters less animated. The movie just seems real, unlike the first couple of Batmans. The Joker is the key to the whole movie and Heath Ledger plays him to a t. The movie was sick so I recommend that you go check that shit out.