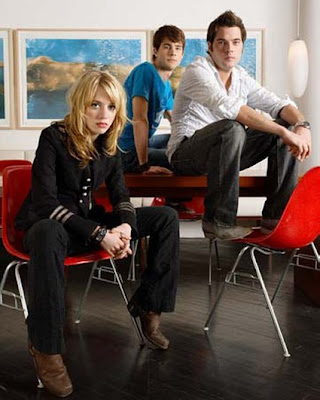 I love The N..yea i watch Degrassi and I'm proud that I know all of the actor's real names! However I have been stuck on this show called Instant Star, that is coming in on it's last season...the show is kind of corny, it focuses on this girl who won this American Idol-esque contest and she gets a record deal, makes it big, and everyone falls in love with her including her hot shot producer, her dorky best friend, a fake ass hip hop artist, her guitarist...and probably some other people that I unitentionally omitted. Anywho this show captivates me because the problems are escalated into big ordeals when it ain't that serious...and it takes place in Canada...who the fuck hears Canadian music anyway? Can-a-da! Right now i'm watching the episode where this new punk rock bad-ass artist named Patsy (yeah patsy) is completely trashed, and destroys her trashy dumb ass unsellable album...now shes actually driving in her car, playing the guitar and she crashed...i could put money on her death if this were real life, but maybe she will survive..

should i add that this station has the worst videos ever...the girl that sings promise ring has some song with bow wow...its horrible to me, shes like "im grown now..blah blah blah?" I think she needs braces or something...and she has Rihanna's old haircut...she sucks

back to the show...well Patsy's dead! Kudos to The N..I should have suspected it because they have been killing off people on teen dramas lately..yay! 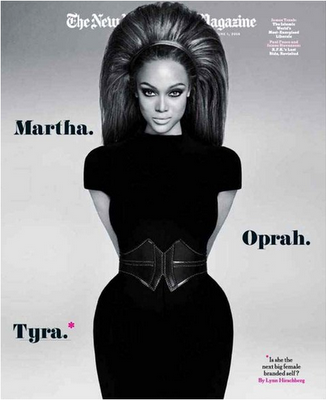 Are you allowed to disagree?
i disagree...so im disagreeing...i fucking love tyra..i hope i didn't press the tension button that they newly installed on blogger.com..its all in love dom...i just had to stand up for miss banks and her tig ass bitties

SEX and the SOUTH

So it is 12:53 and I get off at 1..but im cramming in a post...So I saw Sex in the City last night! at 12AM, yea we were pressed...It was BRILLIANT, and you only use brilliant when something is epic.I lashed out a few times in the movie though, my favorite self quote was when Carrie was going back to her and BIG's swanky apartment to get the Manolo's out of that heavenly closet-and they weren't there, I said "o shit, somebody stole the shoes!" (laughter from audience)...yea...a few "WTF" came out too..you will see why once you sit in the theatre. It was a beautiful movie, absolutely STUNNING clothes..I was surprised at how much designer shit I could name, I guess all those dollars wasted on pretending to like Vogue have done me good! The theatre was packed and everyone was dressed up like duh. I was coming from a party so I had on this poofy black Luella dress, with a jean jacket...(lol), a pirates baseball cap u know the one(???lol), and them sparklely silver tennis shoes from urban that have become my trademark, O and I cant forget the vintage frames! (I rarely discuss my wardrobe so bear with me), and some bamboos..everyone was looking at me like WTF? Mind you I live in the durty south (Richmond, VA) and everyone is always like WTF to my awesome wardrobe lol/jk, and in my head I'm like "Bitch do you own Manolo's? no you don't...and neither do I, but i got me some Jessica Simpsons!!!" So that kinda made my day...

I loved this movie, almost more than I loved The Devil Wears Prada, probably more than The Devil Wears Prada..I think I may even buy the DVD--yea i'm cheap like that! If you don't see it, you will totally be out of the "i-pretend-like-i-am-a-fashionista-because-i-know-who-betseyjohnson-is" loop...but was betsey johnson in this movie? no! so maybe u shouldn't see it...lol

hahahahahahahaahahaaaa...ima bitch for that
yay me
God save the Baltimorians!!!!

Labels: kimmie e and dom, sex and the city

I have been watching this all morning long...and I cant decipher it, all I know is that it's the only one that actually has flashing lights in it. kudos again? maybe? I do like this one though, only because it deals with "old money"...maybe the "death of old money"..iono..im at work, i'l fill you in later lol. watch and enjoy...at least Kanye West creates great tea-time conversation or conversation over starbucks and black and milds lol 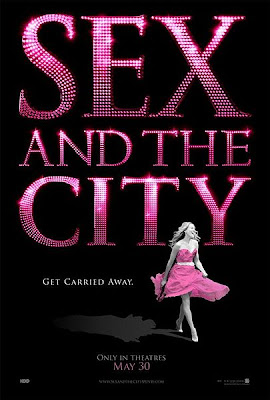 Well when I get of work at 12:30 I'm going right up the street to get my tickets for Sex and the City! I was a huge fan of the show and the fashion on the show so why not. I know some women who are making it a true girls night out by getting all dolled up, getting tipsy, and peeping the movie. I'm just going to see it lol. You should go check it out too.