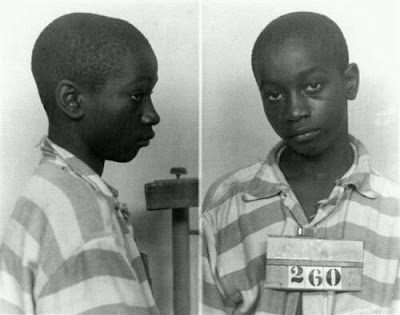 He was 14 yrs. 6mos. and 5 days old —- and the youngest person executed in the United States in the 20th Century.

In a South Carolina prison sixty-six years ago, guards walked a 14-year-old boy, bible tucked under his arm, to the electric chair. At 5’ 1” and 95 pounds, the straps didn’t fit, and an electrode was too big for his leg.
The switch was pulled and the adult sized death mask fell from George Stinney’s face. Tears streamed from his eyes. Witnesses recoiled in horror as they watched the youngest person executed in the United States in the past century die.
Now, a community activist is fighting to clear Stinney’s name, saying the young boy couldn’t have killed two girls. George Frierson, a school board member and textile inspector, believes Stinney’s confession was coerced, and that his execution was just another injustice blacks suffered in Southern courtrooms in the first half of the 1900s

Educate yourselves....
Published with Blogger-droid v1.6.7 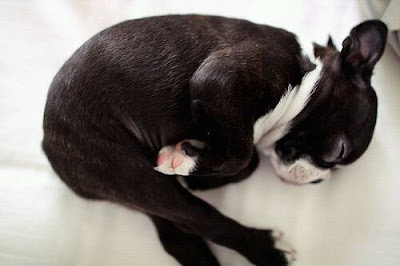 I need my French bulldog A.S.A.P!!!!
Look how cute this is lol
Published with Blogger-droid v1.6.7