The Cool Has Come

Ok i hate listening to albums before I buy them, but Lupe too good, Lupe to 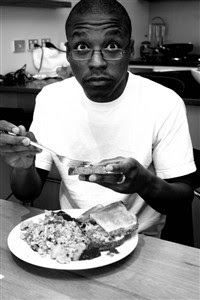 o good! The Cool, Lupe's sophomore album is the fu**in truth, if your looking for truth you can find it in this album, it is the shit! My mans found this article that basically explains what The Cool "is" (click on "The Cool" to read the MOST IMPORTANT article). My poetry homegirl is back, Iesha--she makes the album that much hotter. Check out "Paris/Toyko", "The Coolest" (my shit), "Little Weapon", "Gotta Eat", "Hello Goodbye", "The Die", and of course "Dumb it Down", basically the entire CD is FIRE! On that note I leave, but it is essential that you read what is written in the note in order to understand the REAL message behind it...so click on the link!

oh and since im so nice, you can listen to The Cool on our page (underneath "the playlist movement") Now what do you say? "Thank you queenie v!".."o your welcome, queenie love the kids!"

NEW YORK---PREGO...o and she has a fake name too 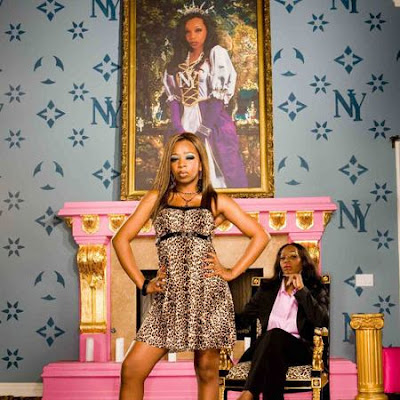 Well well well...the tables have in fact turned in reality TV land and it seems as though they have completely flipped on New York (a.k.a Tiffany Pollard -Patterson). The question lies in her name, we all think that her name is Tiffany, but is that really the case? According to MediaTakeOut.com the alleged "Tiffany" is actually named Kenya Simmons, and is not even from New York-she's from Newark (wtf)? Oh the juice gets sweeter-her crazy ass mom, Sister Patterson is not in any way shape or form related to NY, she is actually named Leslie Bibbs and is only 5 years older than NY. According to a source who works at Fox, the two met at a BET casting call. The two were said to be seen at several calls, looking for their "big break". To top everything off Miss. New York, well Kenya is said to be an ex-exotic dancer, go figure? I also found out through my extensive googling that New York's father was played by two different men, one that was featured on Flava of Love, season one and the other who is currently on the ILNY shows. Not only is her father a supposed fake, he is SO NOT the owner of a fortune 500 company (i mean i didn't believe that anyway). BUT people the story gets deeper...much deeper. It all started with Flava Flav himself, remember that show him and Bridgette had called Strange Love? Of course you do...well she declined the contract for a second season and the money desperate Flav called up VH1 to do a spin-off where a bunch of actresses and performers, porn stars, and models basically get together to see who can pull the biggest most outlandish character to win Flav's black ass heart. These actors were mixed in with other girls (Hoopz) who planned to use the show as a basis for the beginning of an entertainment career and also included "set-ups" such as Hottie and Pumpkin...o and Toastie. The winner of the show was supposed to do a season of Strange Love with Flav, but because the show was so successful, they opted for another season. It turns out that Miss. NY was noticed by the producers early on because of the ongoing development of her "character": New York. At the end of the FOL first season, she was offered her own show and a tid bit on the second season of FOL. They planned her rejection in order to set up her heartbreak for her own show.. (breathe...that was a lot). Anywho the point is that the whole shit is staged and has been from the jump.. i don't know if NY name is Tiff or Kenya, i guess in essence it doesn't matter because it makes for good TV. All i have to say is kudos to VH1-they tricked us all, lmao

PREGO PREGO~WELLLL New York is said to have concieved a baby while on the show, which doesn't mean that its one of the cast members (gawd i hope not). VH1 has been said to be forcing her to get an abortion or is going to pull the plug on the show and any other future engagements with the network because the pregnancy was a violation of her contract (who knew). Well i heard the baby belongs to Buhdda, but you never know with her. Reguardless, the answer will most likely be revealed at the reunion show and someone's heart will be broken...duh!


o and i also heard through the grapevine that she picks Tailor Made, but hey i could be wrong lol