So I still think that lil' wayne is on the best kind of crack out there, HOWEVER, he still has what it takes to produce a good album (mind you I said good not great). So maybe it's not a classic, maybe its not an illmatic or a reasonable doubt or even a blueprint...or dare i say it, a carter II...but it still rocks. My favorite song would have to be "dontgetit/misunderstood"...with the nina simone sample, YES! I listened to the entire 10 minute thing where he bashes Al Sharpton, compares himself to MLK, gives us the difference between a suburb and a hood, and also justifies why sex offenders are still on the prowl...yea. I also dig "La La" and of course "Dr. Carter" is the shit (he outraps jay). Wayne really spits on this album, cop it, or burn it, or download it...i don't care, just get in the know YA DIGGGG! hahahahahaha

o and just so you know there are multiple editions of "a milli" roamin' the streets...you had to have heard the Lil' Chuckie version on DA Drought is over 1,000,006, right? Right. There is also a version with Lil'Mama...i don't care what nobody say, that chick is the future of female rap--mama can spit, hot fire, yea 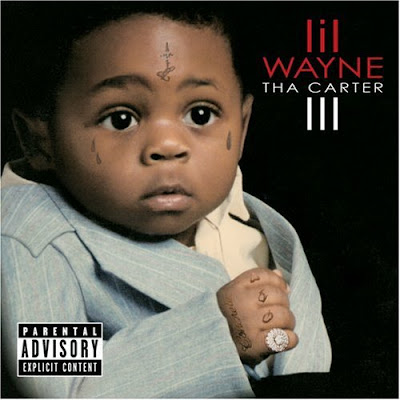 LIL WAYNE SAID HE QUIT COKE...BECAUSE IT GAVE HIM ACNE

not because it could potentially kill me, but because it gave me acne...there is the modern world for you

final judgement: u could slap a bitch over this album, cuz it's pretty damn good...hot and tempting, all that shit. booyah! (yeah i said booyah)

so, i'll be downloading this album

Man, me and my niggas been saying boo-yah since my last school year up Edmondson. We got it from a video that I don't think you wanna hear about.