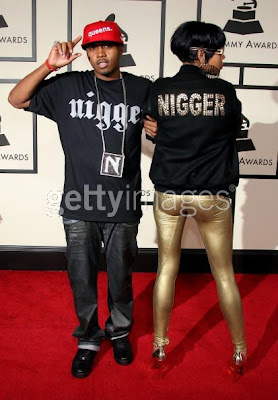 So basically I think Nas is a genius in every way shape and form. Why? Because he wore a shirt that says "Nigger" to the Grammys, and "No" I was not scared to type that word. Historically "nigger" has been one of those words black people should have never gotten used to, but just decided to turn it into something "positive", like how feminists attempt to claim that "bitch" is a term of endearment? All that is a load of crap, the most crap you will probably ever hear in your young life. I cant even lie though, I do use "nigga" probably about every 12 seconds in between profanities, but that's something I can conquer in due time. Anyway Nas CLEARLY has a bigger agenda that has nothing to do with promotion, he wants to basically in a sense symbolically delete the words' meaning in order to grow from the negativity stemming from it. Of course he knows good and damn well that the word will always hold its negative connotation, but he wants to make people aware of what they are saying, aware of all of the baggage that one word carries. In a recent video i saw,Nas states that he wants to "take the power from the word", a difficult feat for anyone, even a famous rapper lol. This could be one of the most influential albums of our time (next to The Cool), Nas is making the hip hop community recognize all of the issues surrounding this one word (hence the change from "nigga" to "nigger") he is forcing us to pay attention and face it, not to cover it up and pretend like its not there. This album will not be celebratory, not a glorification of the glitz and glam of "nigga", but a factual realization of the negativity surrounding "nigger", the ignorance surrounding that word and its glamorous counterpart. You gotta support this album folks, if you don't it's like not supporting Obama--better yet it's like being a Republican, and who wants to be that?

"it's just an album, not a civil rights march"-esco himself

Some of My Fav Pics From The Sartorialist 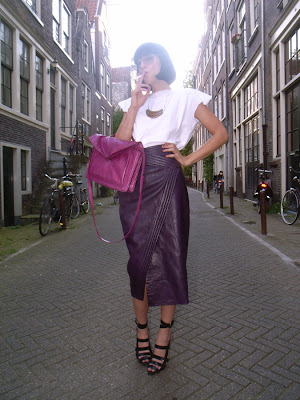 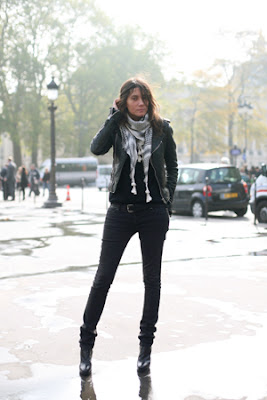 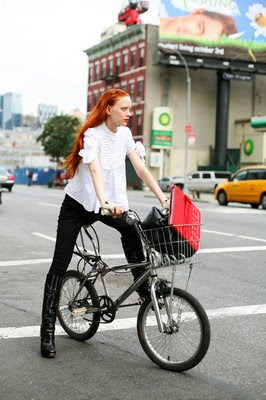 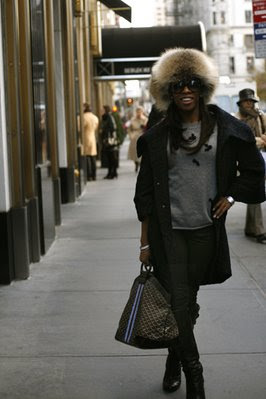 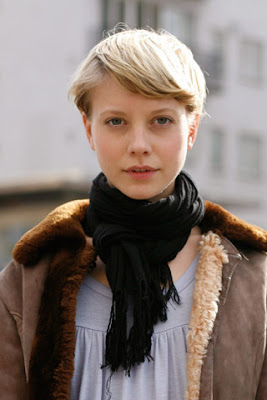 The Sartorialist is a blog that specializes in fashion photography mostly at fashions shows and on the streets. This in my opinion is true style. The Sartorialist not only captures the style of the person but also the character of the person. These people are some of the most fashionable specimens I have ever seen. So chic! I love it! Go check it out. Who knows, they may inspire you.
http://thesartorialist.blogspot.com/ 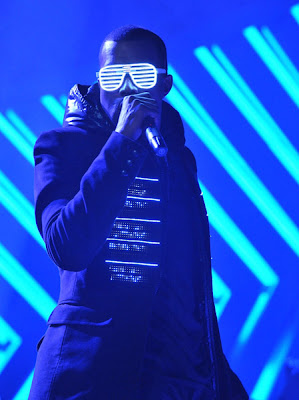 The Grammy's was ok. Beyonce and Tina was kinda funny to me....I don't know, Im not really a huge Beyonce fan. Some girls in my dorm were screaming and shit. I didn't think it was that serious. Fergie was ok too. Amy Winehouse was cool, Im glad she won 5 awards. She is like a ghetto chick from London that can sing...and I love it! But really I just have one word to wrap it all up.......KANYE!!!!!!! The performance was sick and he won mad awards. (Finally!) Graduation deserved album of the year....I mean come on we were all listening to that cd for like 3 months straight everyday. (I didn't even know who the hell the guy was who won lol) Big ups to Kanye. O and my girl Alicia Keys...her performance with John Mayer was good too. Overall it was an ok show.
-Doe Chee$e